Get fresh music recommendations delivered to your inbox every Friday.

A Break in the Country 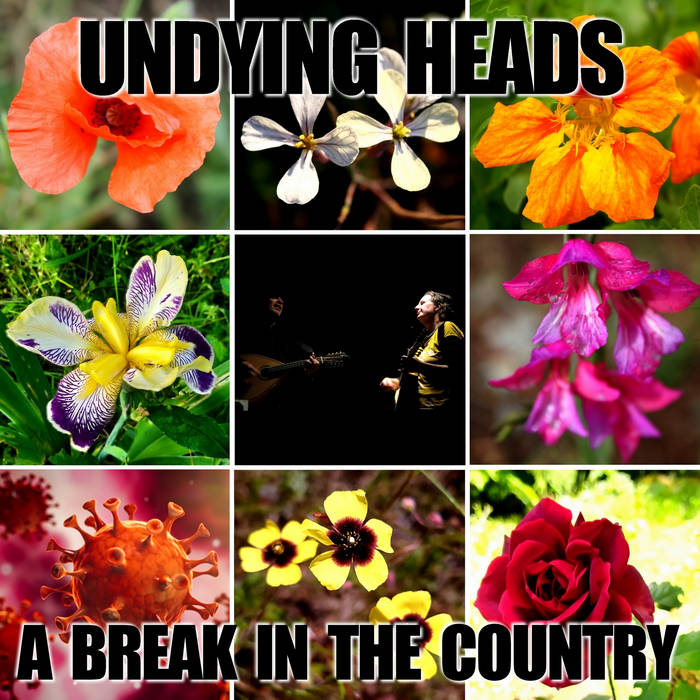 A Break in the Country has been two years in the making. After the release of their debut album in August 2019 Undying Heads were looking forward to more exposure and more gigs. They planned to tour Ireland and England again in 2020. They played some great gigs down on the Algarve in the autumn of 2019 and some fantastic winter dates there too. In February 2020 they headed off to Morocco to hopefully play some music there, as well as travel around. They were lined up to play the Nomad festival down in the Sahara desert.

After only a month of travelling Morocco the country went into lockdown. Many tourists left immediately but Undying Heads decided to stay in the fishing village turned surf resort of Imsouane. They didn’t expect to be there for four months but they made great use of their time there, Frank wrote songs, seven out of the twelve songs on the album were written there. They both played every day, Sam taking up the mandola which makes Undying Heads possibly the only two mandola band in the world!

They returned to the Algarve at the end of July and continued to practice most days. Towards the end of the year Frank started recording some of the songs he had written and some older reworked songs. All recorded in their van, with the equipment powered by the sun!

At the beginning of 2021 they decided to make their way back to Frank’s house in central Portugal and after a couple of months of hard work on the land and in the house they were ready to get back to the music.

Frank laid down all his guitar, mandola and vocals as well as using a drum machine for some tracks. Then Sam laid down her vocals to finish off the album. Frank used the free programme Audacity to mix and master the album. Sam designed the album art and updated their website and Bandcamp.

We hope you enjoy the music as much as we enjoyed making it!

Much love and thanks to Hamish and Jess for all their hard work on the land and house as well as taking photos. Credit to Hamish for some of the photos used on our album cover.

Thanks to Hicham at Action Point Imsouane as well as the people of the village. We couldn't have had a better more productive first lockdown!

Thanks to all the venues that gave us a chance in 2019 when we were totally unknown. Particularly Ed and the crew at Mullens in Lagos, Mario at Junction 17 in Luz, Rita at Moagem in Aljezur, Gara at La Tapadera in Barão de São João, Nuno at The Hook in Luz, Liz at Liz Bar in Alvor, Vivo Mercado in Lagos and Fabio and Miguel at Magic Cactus near Sines.

All words and music by Frank Ryder.
© 2021 Undying Heads.
All rights reserved.

Undying Heads are Frank Ryder, singer songwriter from Dublin on Mandola & Guitar and singer Sam Wilkinson from Cirencester on Mandola, Bodhran & Percussion. They play an eclectic mix of original acoustic folk music as well as the occasional cover. They have released two albums and one EP to date. Their music takes influences from many sources. Read more on their website. ... more

Bandcamp Daily  your guide to the world of Bandcamp